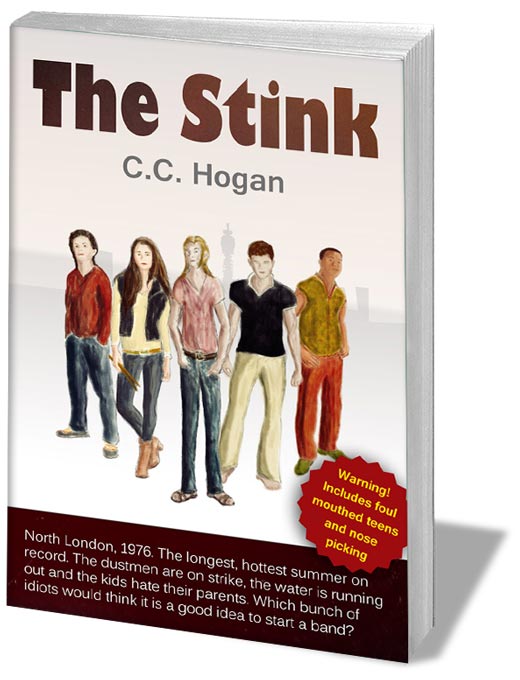 1976, North London. The longest, hottest summer in memory. There is a water shortage, the National Front are marching everywhere, and the country is broke. Who would think it a good time to start a band? 5 youngsters spend the summer getting their band together while battling racism, homophobia, anti-Semitism and a double murder. Did I mention it’s a comedy?

Smell and his friends are sixteen years old and residents of North London at a time when the dustmen were on strike, the National Front were pasting their horrible philosophy everywhere, and just about everyone else that wasn’t already on strike was thinking about it. Oh, and Capital Radio was still seen as cool.

Into this world, the friends set up at an abandoned railway shed to rehearse themselves stupid. They write their own songs, they have their own take on the world and despite being complete idiots, they care. They care for their world, their friends, their family and they want to sing about it. Brilliant.

Of course, it would help if they hadn’t chosen the one place in North London to rehearse that is going to upset the most violent man on the streets, Barleycorn Pete.

Readers suggest that you’ll enjoy this book if you also liked: