Twilight of the Gods (Universe in Flames Book 8) 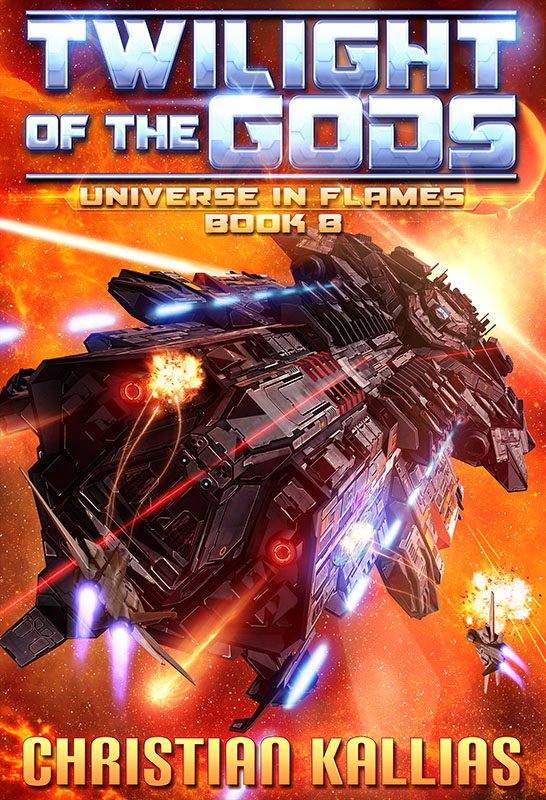 Darkness Extinguished the Starlight and the Gods Wept.

The Furies move en masse to Droxia to finish what they started earlier as Sarah is tested in unexpected ways.

When Arakan sets his sights on Asgard, Chase sees this as an opportunity to assemble a strong and forceful Alliance. One that could bring down the Furies once and for all.

Despite appearances, Supreme Commander Arakan knows exactly what he’s doing. And as the battle draws near, he’s determined to strike a blow to the heart of the opposition; one that will resonate throughout the ages.

Readers suggest that you’ll enjoy this book if you also liked:

Christian Kallias’ his novels reflect many of his favorite things, like Star Wars, Star Trek, Babylon 5, and Stargate.

Aided by an abundance of Sci-Fi characters with supernatural powers, Bestselling Sci-Fi author Christian Kallias has a secret. He lives two lives. One in the real world and one inside his own creations, in worlds where he can lay down the foundation of his universes for both his and your enjoyment. Guess which world he prefers?