Should Authors Praise Their Own Work? 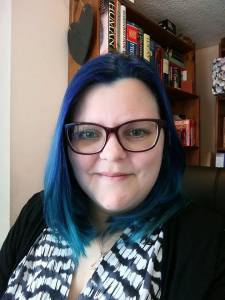 So I was happily browsing the internet this morning when I came across an article on the Independent website, all about Stephen Kingmocking James Patterson for praising his own work. It’s old news, I know, but when I read the headline, I was expecting it to be about a gushing James Patterson going around telling the world how simply amazing he his, how he’s better than all other authors, that he does nothing wrong. That would be uncouth at best, certainly unfair, and perhaps even a little despicable. Upon reading the article, however, I found it was nothing of the sort. In fact, it all came about as a result of this:

He said he thinks this is his best work in twenty years.

The debate over whether Patterson actually writes any of his own books, and even whether or not they’re any good, are neither here nor there – they’re topics for another day. Personally, I prefer King to Patterson, and Patterson may have been a little heavy-handed in the promo of his new book, but has he actually done something wrong? Is it wrong for authors to praise their own work?

Okay, these blurbs you find plastered to the front of the book, these mini-critiques by fellow authors, are supposed to be just that – by a fellow author. Writing one for yourself is certainly a little odd, especially for such a famed author as Patterson who could get someone else to do it. That said, other than being a little crass, perhaps, or unrefined, I’m not sure he’s really done anything wrong. So he thinks this is his best book in twenty years? So what?

It’s not like he followed RJ Ellory‘s lead by posting gushing reviews of his own work – and attacking the work of others – all under an assumed name. Patterson’s being honest about it, at least, and keeping everyone else’s name out of it.

If there is anyone that James Patterson fans trust, it’s James Patterson, right? So who better to promote the new book than Patterson himself? Besides, in saying this is his best book in twenty years, he is not putting anyone else down, he’s not saying it’s an objective truth, he’s just giving his opinion – and in doing so, he’s showing a certain level of honesty (let’s not forget, after all, by saying this is his best, he is inadvertently saying that other one is not as good). If you can’t be proud of the work you’ve done, how can you ever possibly promote it?

Is it really that bad to say you think one of your books is better than another? At the risk of being uncouth, I honestly think my second book (currently undergoing editing) is better than my first. I’m not saying my first is bad, and I’m certainly not saying my second is the most amazing book ever, the best thing since sliced-bread. All I’m saying is, in my opinion, it’s better. Should I be mocked for saying that? Or are there different rules for me, the unknown author, and for Patterson, an authorly Goliath?

As an author – especially a self-published one – one of the things that’s really difficult is promotion and self-promotion. It’s hard to talk about your books as it is, there is a certain level of discomfort when it comes to praising yourself (perhaps after many childhood years of being told not to ‘brag’), and there’s that fear the people you’re talking to will get that glazed-over look. And now, if authors can’t even say their work is good without being mocked, what chance do they have?

As a reader, would it put you off if an author praises their own work? 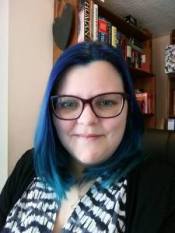 Riley J. Froud is truly a wonder to behold. No, honestly, she really is. Originally from the Welsh seaside, she now lives in the French countryside, where she runs a small village bar with her husband Roy and their dog, George.

When not working, she spends her time writing and wondering. Mostly wondering, actually. The writing tries to muscle in whilst the mind wanders. She started out writing serious stories until she realized that she just can’t keep a straight face and hence, a whole bunch of Underlings was born.

Visit Riley J’s facebook page to see all the general nonsense she posts, or check out her website at: rileyjfroud.com

← From My Bookshelf: Ellen Marie Wiseman
CHILDREN’S FICTION: The Witch with the Glitch – Adam Maxwell →