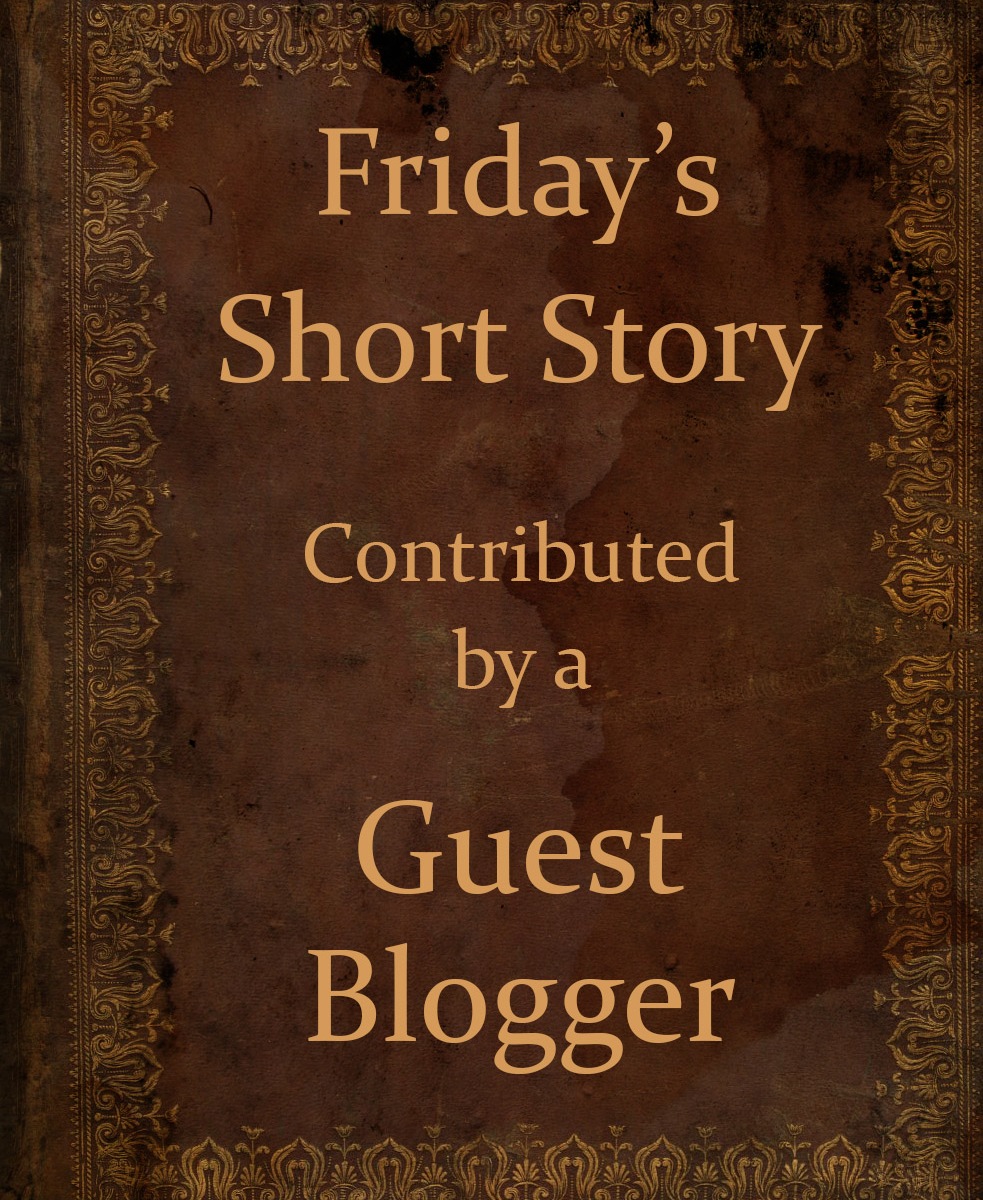 ‘Are you alright Laura, you look worried.’

‘Oh Jason, I wasnt expecting you. Yes I’m okay, just having a genre crisis. She doesn’t know whether she’s writing Orange Booker or chic lit. I don’t know whether to talk about my tortured past or shopping.’

Jason massaged her shoulders. ‘I know the feeling; am I the romantic lead or the hapless victim in a darkly comic thriller? We just have to go with the flow.’

A sharp rap on the door broke into their thoughts. Jason opened the door and a man of about forty, with a crumpled suit and close cropped hair, marched in uninvited.

The sergeant frowned. ‘That’s one line of enquiry gone. Do you recognise the man in this photo?’

‘I only know him by sight’ replied Jason, suddenly gasping as he felt a sharp pain in his head. He sat down and closed his eyes, trying to ward off the dizziness. Laura gently laid her hand on his arm.

‘Its okay, she just wiped that scene off the screen, you’ll feel better in a moment. Come on, we’ve got to get to the tube station.’

‘I don’t know,’ replied Laura ‘but she wants us out of the office.’

Ten minutes later Jason and Laura were running down the escalator, squeezing past

others less hurried. As they approached the archway into the tunnel they heard the rush of wind and squealing of brakes that heralded the arrival of another tube train.

They were too late to push through the jostling crowd on the platform. Jason swore in frustration, but Laura pointed to the indicator board. Circle Line 2 minutes

‘That will do, but I don’t know how she expects us to be there in ten minutes.’

‘That’s her problem, not ours’ Laura reassured him. The couple squeezed onto the next train and stood pressed together near the door. Laura smelt the sweet scent of aftershave and sweat; she smiled to herself, she was going to enjoy this chapter. They clattered along and at each station it was a struggle to stay on the train as passengers pushed past getting on and off. At last Jason motioned to the door and grabbed her hand as they stumbled onto the platform. They surged with the crowd to the long escalator and finally arrived at the station exit, but as they stepped with relief out onto the street a familiar face appeared, Sergeant Jenkins.

‘Perhaps you would both care to accompany me to the police station.’

The couple hesitated, tempted to make a dash for it, but settled for playing it cool and followed the policeman to his office.

‘Don’t know why you two are so nervous, I just need your help; private detectives can be very useful.’

Jason and Laura looked at each other in surprise, but before they could protest he handed them a piece of paper and a set of car keys. Jason frowned as he read.

‘Sat-nav in the car,’ replied Jenkins, ushering them out of the door ‘you’ve got my mobile number.’

‘What are we letting ourselves in for?’ exclaimed Laura as they got into the car.

‘I don’t know, but I’m up for it,’ Jason winked ‘perhaps a weekend in the country is just what we need to get to know each other better.’

The sat-nav voice was irritating, but the long journey was pleasant.

‘What happened to summer?’ replied her companion.

As they drew up outside a little cottage the couple felt almost in a holiday mood. The key was under the pot and they looked around carefully as they entered.

‘What are we supposed to do now’ pondered Jason.

‘I remember’ smiled Laura putting her hands on his chest. He wrapped his arms around her.

She felt his hands ardently exploring her body and began to undo the buttons of his shirt. He slid his hands inside her blouse.

‘How far are we supposed to go?’ he murmured.

She did not answer, instead she closed her eyes and let her hands slide down further.

Suddenly Jason clasped her hands and pushed her gently away.

‘What’s the matter?’ she asked huskily.

‘I’m not sure, its too soon… I’m sorry, I think Im suffering from performance anxiety.’

Frustrated Lara turned away. ‘You’ll just have to fake it then, otherwise we’ll have to start the whole chapter over again.’

The tension was broken by the sound of the door being thrust open violently. A wild eyed scruffy man waved a pistol at them. They stood paralysed with fear.

‘You won’t get hurt if you just tell me where the stuff is’ said the stranger.

‘We don’t know anything,’ pleaded Jason ‘let her go, she hasn’t done anything wrong.’

The gunman turned his head as they heard the sound of tyres on gravel.

‘Put the gun down’ said Sergeant Jenkins, standing in the doorway, unarmed.

The stranger pointed the pistol and fired. The policeman lay crumpled in the doorway as the gunman stepped over his body and escaped. Jason fumbled for his mobile, while Lara knelt in the spreading pool of blood. She tried to apply pressure to the gaping hole in his side.

‘Just hang in there. No that sounds like an American movie. Don’t try to talk, the ambulance will be here soon.’

‘Laura, where’s that piece of paper, the control room want to know where we are?’

She held the hand of the policeman as he struggled to speak.

‘Sergeant, we don’t even know your first name.’

‘I dont have one,’ he groaned ‘we never do in novels.’

‘Of course, I’m sorry, I should have realised.’

‘Jason, tell them to hurry, we haven’t got much time’ she pleaded as the sergeant closed his eyes.

She prayed someone would press SAVE before it was too late.

Janet Gogerty
http://www.starfishpc.co.uk/gogerty-janet.htm
I have been writing compulsively for eight years; my shortest story is six words exactly and my longest 235,000 words approximately. My short stories have appeared on line, on paper and in audio. My four novels can be found on Amazon Kindle.