Should You ‘Write What You Know’? 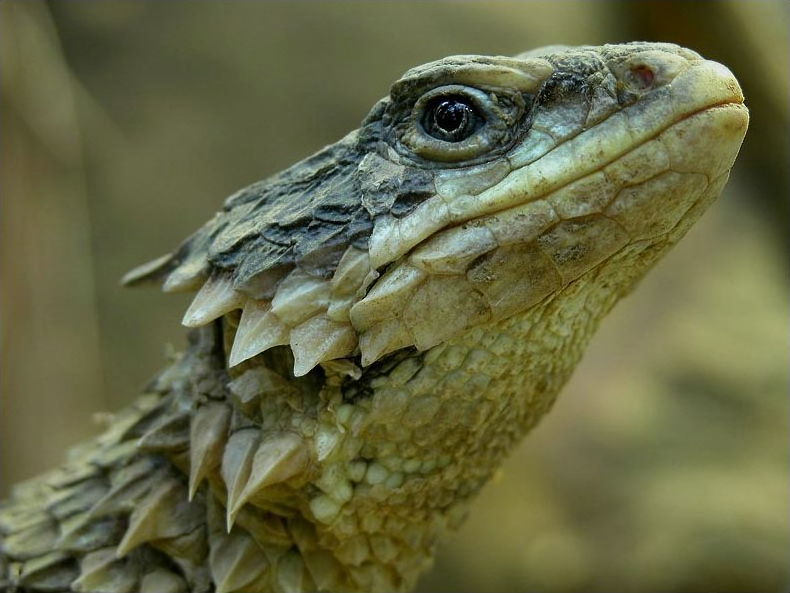 It’s been attributed to a lot of people, that quote, and I can’t find any concrete source. Whether it was Hemingway or Twain or (more likely) some unknown dude in the industry, the quote has become a resounding and sometimes overwhelming rule. It’s repeated like a mantra and unlike a lot of the writing rules, there isn’t much debate about it. ‘Write what you know’ is pretty much accepted as the true path to great writing. (There are, as a side note, a few pieces that I found denouncing the rule. Try here, here, and here) 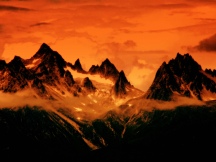 So I’ve always ignored this rule. It’s a daft rule, if you ask me, especially for a fantasy writer. Did Tolkien ever actually visit Mordor? I’m guessing not (other than in that wonderful mind of his, of course). How can I create a world full of magic and mayhem based on my true experiences? I can’t, is the answer. Or, you know, maybe I can…

Maybe, just maybe, what I write each and every day is actually what I know. Maybe.

For this blog post, I’ve been looking at the rule ‘write what you know’ in a new light – a deeper light, if you will. I’ve been thinking about what that sentence actually means. Does it mean ‘write only based on your true experiences’ (because writing about my making a cuppa is boring)? Does it mean ‘write only about that which you are knowledgeable’ (because that would be writing about…what? Vocabulary, perhaps)? Is it a hard-and-fast rule that means ‘write what you know and nothing else’?

After sitting here for quite some time, mulling this over and chewing the fat (I do love a cliché, but that’s for another blog post), I’ve decided that the rule doesn’t actually mean any of that. I’ve decided that what the rule actually means is something that would make it not so much a rule, but simply common sense (I know, I know, common sense is such a rare treat these days). I think what it means (or at the very least, what it should mean) is ‘draw from the well of what you know and use that knowledge to enhance your creativity and imagination’. By writing anything, you are writing what you know. 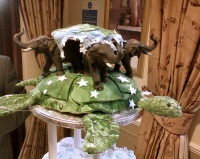 This magnificent cake makes my heart beat a little faster than it should.

In fact, even if you are writing what you don’t know – Tolkien’s Mordor, Pratchett’s Discworld, my very own Underworld (I know, I know – I’m not on the same level as the two aforementioned geniuses, but let me dream for a moment will you…) – you throw in enough of what you do know to make what you don’t know seem real. Does that make sense? No? Let’s start again…

But What About My Fantasies?

No, this rule doesn’t have to rubbish all the sci-fi and fantasy out there and this is why: all books, even those so steeped in fantastical elements that they are entirely alien, are based in some way on what we know. To use Tolkien as an example again: in The Hobbit, we know about journeys, we know about personal growth, we know about adventure and fear and all that gold. We know about a lot of things in the book. They are things we know, and they are things that Tolkien knew too. They are the very things that Tolkien used to shape his creative mind into something relatable and understandable, they are things he used as a basis on which to lay the colours of his imagination. And it worked, boy did it work. There may be places we’ve never been and different creatures we’ve never met, but the emotion is real – it’s a true thing and something that we, as readers and writers, know about. So it’s writing what you know at its best.

But the rule can mean even more than that too.

I remember I was in a Philosophy class (some years ago now) and my teacher told me about a philosopher (I’ve forgotten which one) who said that you can never imagine anything completely new or anything that doesn’t actually exist in real life. She used a unicorn as an example. Of course there are no unicorns real life (are there?), but there are horses and there are horned animals. When we think of a unicorn, we’re not actually thinking up a new animal but instead, we’re merging the horse with the horn.

Tolkien’s world then, is a bit like that. Smaug may be a fire-breathing dragon who talks and that doesn’t fit with reality but rather, it’s different realities that have been smooshed together (no, ‘smooshed’ is not a real word and yes, I am still going to use it). We know about fire, we know about talking, we know about flying creatures – they are all parts of Smaug that are based in reality. Put them all together and we have a dragon (we still don’t quite have Smaug of course, only Tolkien’s talent can truly bring Smaug alive). 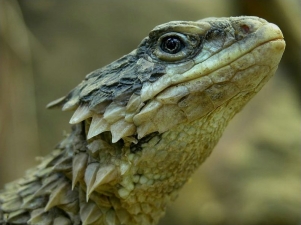 Perhaps a writer’s job (especially for those genres not based in realism), then, is not to come up with something completely new, but instead to put together all the things we know in a different way. Stick the horn on a dog instead of a horse, and have him fart fire clouds and you’ve got yourself a unifirefart (see what I did there?). There is nothing new there, just a new twist on the old and no, I’ve never met a unifirefart but I do know about horns, dogs, fire, clouds, and farts (oh the farts…ugh) and so, I wrote what I know, but with a twist.

This rule, I’ve decided after much consideration, isn’t as bad as I first thought. It’s just worded wrong. It should say ‘write what you know but give it a twist of imagination’. Or perhaps ‘add what you know to your writing to give it a dollop of realism’. Of course, neither of mine are as quick or easy to remember as ‘write what you know’ and that, I suppose, it where my whole plan falls down.

For more posts about writing and other bookish nonsense, go to www.rileyjfroud.com; or better yet, why not buy Riley J.’s book, John Sharpe: No. 1,348?

← We are all being watched, all the time….
Interview: Jan Ruth →