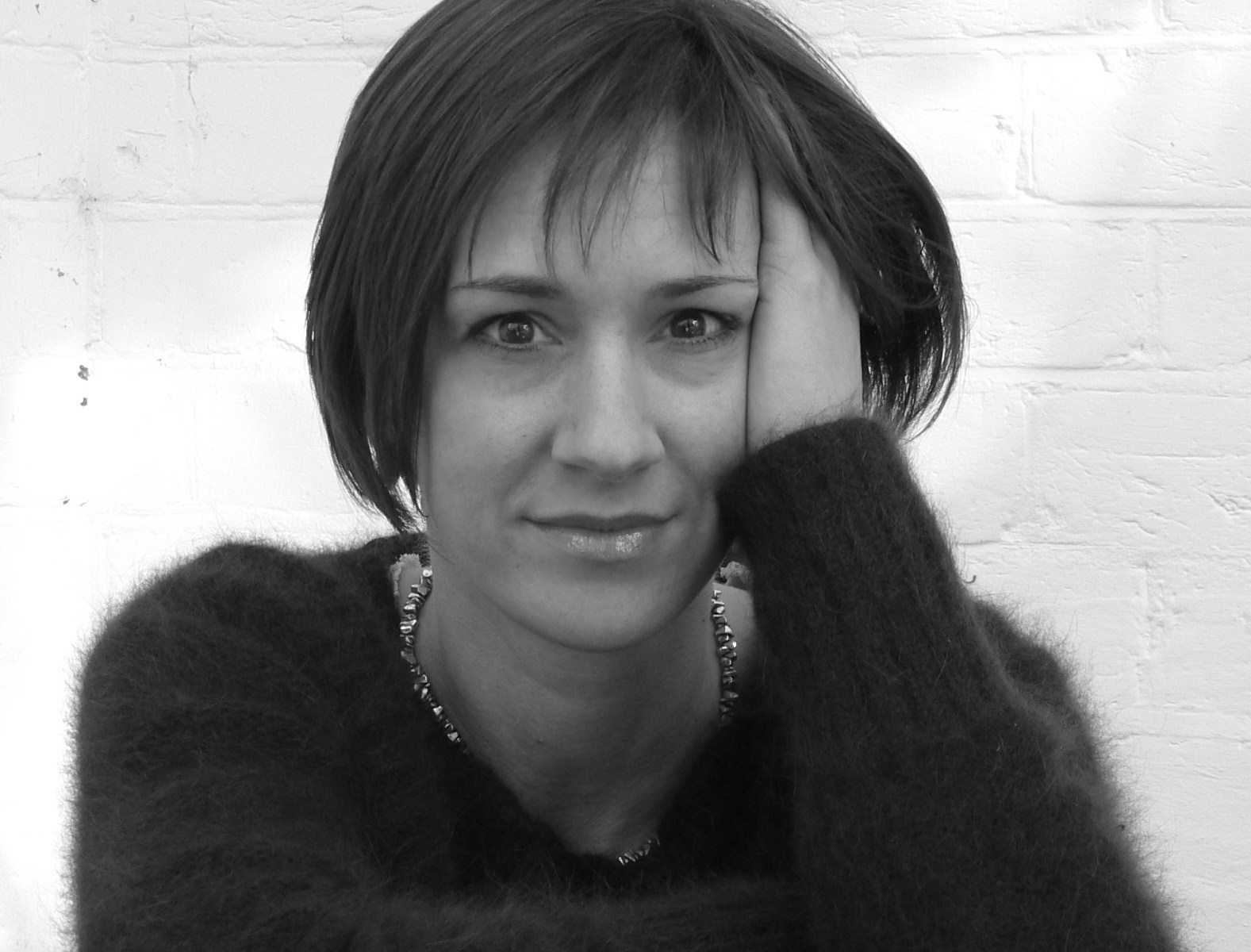 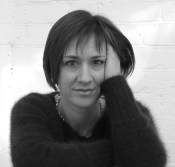 Jane Davis is the author of six novels. Her debut, Half-truths and White Lies, won the Daily Mail First Novel Award and was described by Joanne Harris as ‘A story of secrets, lies, grief and, ultimately, redemption, charmingly handled by this very promising new writer.’ The Bookseller featured her in their ‘One to Watch’ section. Five further novels have earned her a loyal fan base and wide-spread praise. Compulsion Reads describe her as ‘a phenomenal writer whose ability to create well-rounded characters that are easy to relate to feels effortless.’ Her favourite description of fiction is ‘made-up truth’.

Where did you grow up, and how did this influence your writing?

I grew up in Merton Park, which is close to Wimbledon, best known for its association with lawn tennis. These days, Wimbledon is in one of London’s most expensive post codes, but back in those pre-DIY days, it wasn’t nearly so affluent. Apart from the fact that I can longer afford to live in Wimbledon, I haven’t moved far and so I suppose it’s the changes I’ve seen, both demographically and architecturally that interest me. My novels are set in my personal geography, and so it already has many strata. I’ll let Ron explain. (Taken from An Unknown Woman) 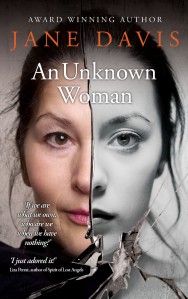 ‘There was something transportative about living in the same city all of your life; walking around familiar geography, knee-deep in the history of the place. And superimposed over a street map carried both inside and outside his head (the then and the now), were the milestones of his own life. Now he was older – with less to look forward to, he supposed – Ron spent a great deal of time in the past. In a single half hour, he might be a child crying in a damp cellar, clasped to his mother’s chest; a child of five sitting on the clean-swept step of his grandmother’s terraced house, while the adults crammed themselves into the front parlour, discussing things that didn’t concern him. He might be a school-leaver, discovering the pleasure of smoking illicit ciggies on park benches (illicit because he’d bought them with coins dropped into his cap while he pretended to be collecting for the Sailors’ Home).’

But when you write characters into what is already your personal backdrop, you create yet another layer. Last week I found myself in St Mary’s Church in Beddington lighting a candle for my mother-in-law’s tenth anniversary, but I also felt the presence of Jim and Aimee, two on my characters from A Funeral for an Owl.

What is your writing process?

I never write an outline, but I don’t see the alternative as ‘winging it’. I am a gradual layer-er, and that takes time. With the exception of Half-truths and White Lies, which virtually wrote itself, none of my published novels bear any resemblance to their early drafts.

I like George R R Martin’s quote: ‘I’ve always said there are two kinds of writers. There are architects and gardeners. Architects do blueprints before they drive the first nail, they design the entire house, where the pipes are running and how many rooms there are going to be, how high the roof will be. But the gardeners just dig a hole and plant the seed and see what comes up.’ Personally, I think there are more than two types of writers. I want to be Mary Anning scouring the beaches at Lyme Regis for dinosaur fossils, or Howard Carter discovering the tomb of Tutankhamun, or metal detectorist Terry Herbert digging up the Staffordshire Hoard. What I don’t want to be is a parent deciding on my child’s future, telling my son which subjects he will study, arranging my daughter’s marriage.

Every time you introduce a new angle, each ‘what if?’ question has to be pushed to its limits. Setting material aside and revisiting it is an excellent practice. It allows far greater objectivity. You have to analyse what isn’t working any why, then once you have the structure you go back and make every page shine.

The pivotal moment of a novel may not actually reveal itself until several edits in, or until an editor comments, ‘I see the point that you were trying to make.’ As author Roz Morris says, sometimes it takes a reader to hold the mirror up to your work.

I’m afraid that anyone who imagines that words show up in the eventual order that they appear on the page of any novel is, in the majority of cases, mistaken. In some ways, the novel in its final form is an illusion, the rabbit pulled out of the hat.

What inspired you to become an indie author? 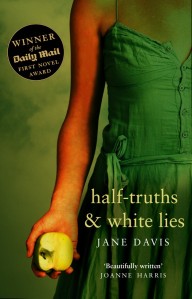 My first novel Half-Truths and White Lies won the Daily Mail First Novel Award and was published by Transworld under their Black Swan imprint. I was very green and wasn’t aware that it was their women’s fiction label, but they turned down my follow-up novel, A Funeral for an Owl because it wasn’t women’s fiction. I had never set out to write exclusively for women, so it was clear that they had seen my writing taking a very difficult direction to the one I had intended. I also parted company with my agent about this time and set about looking for another, thinking that the competition win would open doors for me. I was wrong. Rejection letters flattered, saying that they were sure I would be snapped up very quickly. I spent thousands of pounds attending writing conferences and networking, to be told that no self-respecting writer would consider self-publishing. I was also assured time and time again that there was nothing wrong with my writing: it was just a matter of time. One conference offered a face to face consultation with an agents about the first three chapters of your novel. I was told that I should change nothing. Not a single word. Did the agent take me on? No. My novel wasn’t commercial enough. So in November 2012 I decided that I should explore self-publishing for myself. And guess what? I had been lied to. Yes, there were newcomers who had struck gold with their first novel and had sold 100,000 copies for 99p each, but at least half of the authors had previously been under contract, and there were also a number of ghost writers who wrote for famous authors but who couldn’t get published under their own names. I self-published my first two novels as ebooks within a month.

How do you approach cover design?

I work with graphic designer Andrew Candy on my book covers (although my newest cover was designed by Jessica Bell). Having already established a strong brand, the way we operate is that I come up with the concept for the design, and source the images and Andy executes it using his marvellous eye and technical wizardry, which, frankly, is beyond me. For me, the decision of how to present my writing is one of the most satisfying parts of being an indie author.

When you’re not writing, how do you spend your time?

I have three main passions: walking, photography and the British countryside. I am very lucky in that I am surrounded by parks so, walking I do daily, but I can combine all three. I discovered mountain-climbing when I was eighteen and find it hugely rewarding to push myself physically. The top of a mountain is also a great place for thinking and putting things in perspective.

What is the greatest joy of writing for you?

It’s exploring opposing viewpoints and expressing viewpoints through characters. Also, I’m someone who thinks of the right thing to say after the event. My characters never have these problems – unless I want them to.

What do your fans mean to you?

Now that there is so little money in writing, fans mean everything. I sold my books last night at a charity event and I was really touched that people visited and my bookstall and said, ‘Now I’ve read that book and that book, so which should I try next?’ and other people jumped in with their recommendation. I also had a request from someone in the States for two signed books yesterday. I pointed out that the postage would be more than the price of the books, but he said that was fine and he would pay whatever it cost. He had already read the eBook and wanted to own a physical copy and wanted another to give to a friend as a gift. And today I’ve had a request to send four signed books to Ireland. I can’t think of a nicer compliment.

Jane lives in Carshalton, Surrey, with her Formula 1 obsessed, beer-brewing partner, surrounded by growing piles of paperbacks, CDs and general chaos. When she is not writing, you may spot Jane disappearing up the side of a mountain with a camera in hand.

Readers who sign up to Jane’s newsletter will receive a free copy of her novel, I Stopped Time. http://eepurl.com/bugqnr Jane promises not to bombard subscribers with junk. She only issues a newsletter when she has something genuinely newsworthy to report.