How important is it for the ending of a novel to satisfy?

To what extent can an author be held responsible for this, or is it down to the heart and mind of the reader?

In 2012 I published an online article about novel endings in which I quoted Robert McKee in his excellent book “Story”.  He describes many different types of endings, in popular films and novels. He says the main protagonist may not achieve their desire, but ‘the flood of insight that pours from the gap delivers the hoped-for emotion… in a way we could never have foreseen.’

I believe the end to a novel must satisfy, wheher it be ironic, bittersweet, tragic, creepy, heartbreaking, chilling, shocking, tantalising or fairy-tale happy.

A good end to a story may deal out poetic justice, wisdom, truth, comedy, surprise, a frisson of terror…  but it should never be disappointing, pointless, depressing, or (worst of all, I think) unnecessary.

I believe this last charge could be levelled at Louis de Bernieres for his ending of “Captain Corelli’s Mandolin” – a book which otherwise made a strong impact on me and which I found compelling. 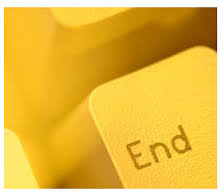 Recently I’ve spoken to a few people about unsatisfying novel endings.  I heard this comment from my 17 year old son about the end to GP Taylor’s young adult novel “Shadowmancer”:  “I was left wondering what on earth had happened. I felt disappointed.”

I know I am not alone in my reaction to the end of Louis de Bernieres’s novel. To me, the end of the story was unnecessary and pointless; it made me feel angry. I don’t even believe that a poor ending to a novel can be justified by the notion that “well, life is like that”. Even if cruel irony plays its part in the outcome, nevertheless, we should feel that the end plays an essential part in the organic whole of the world which the novel presents.

I’ve also heard some negative reactions to the final outcome of CS Lewis’s Narnia stories.  I myself felt slightly unsatisfied and disappointed. I felt that in some curious undefined way it was “a cop-out”. Others have reacted more strongly to this disappointment. CS Lewis’s finale made them furious, having loved the books so much!

I hope that the end of my new novel “A Passionate Spirit” will satisfy. Whether it will chill, or shock, or surprise… I’ll leave that up to my readers to decide!

S C SKILLMAN studied English Literature at Lancaster University. She has previously worked within a BBC radio production office and later spent four years in Australia. She now lives in Warwickshire with her husband David, their son Jamie and daughter Abigail. She is the author of two published novels, “Mystical Circles” (psychological suspense) and “A Passionate Spirit” (paranormal thriller).

← Downriver
The Shock of the New →