Posted on February 3, 2017 By Bookshop Bistro 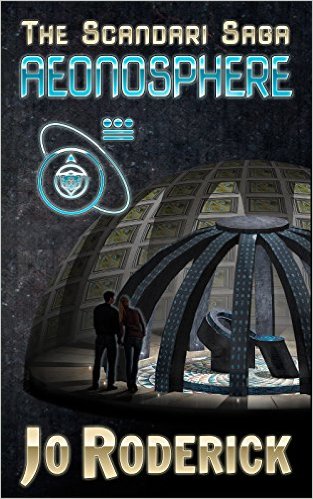 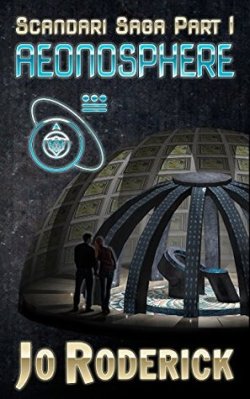 Aeonosphere is an exciting adventure that crosses time and space quite spectacularly.  Tom Scandari, our intrepid hero, is on the edge of a great discovery – and no doubt, a great story for the newspaper he works for.  As he investigates his case, he discovers something that even he can’t quite believe.  It is, and I quote, a “thingamabob-widget-sphere-thingy”.  His discovery leads him down a dangerous path of crime fighting, avoiding assassins, and time travel.  What more could you want?

If you’re looking for a straight-up sci-fi novel, this definitely isn’t for you.  The sci-fi element, although imperative to the story, is far from the central focus and this, I find refreshing.  It’s not an all-singing, all-dancing, ‘I’m a sci-fi’ screaming firework, which actually makes the sci-fi element all the more believable – even if the main characters can’t quite believe it!  In fact, the story reads much more like a detective mystery – certainly at the beginning, at least.  The time travel itself plays such a small part and the narrative itself focusses on what Scandari will find and how the ‘baddie’ is going to be beaten.  The story is gripping and I raced through the pleasantly short chapters, eager to find out how the adventure would end.

The characters, whilst endearing, are occasionally stock-characterish.  Tom is a typical hero, daring and dashing, with the right amount of humour mixed in.  Vorster is the universal bad-guy.  This, in itself, is not a bad thing though.  The stock-characterishness actually fitted the story and I can see the potential, certainly in Tom, to be developed throughout the rest of the series.  Annie appeared in the book significantly less than I was expecting after reading the blurb but again, I’d be excited to see more of her in future books.  Possibly one of my favourite characters featured the least – Zoey, or Zoyenka, is a fantastic character and I crave to know her backstory/see more about the way she lives her life, but alas, that may not be possible…

The book is littered with humour, and I’m not going to lie: I love me some humour – even in the most serious of books.  Right down to the most tense moments and most exciting cliff-hangers, Roderick makes the reader laugh yet manages to succeed in not destroying the feel of the particular moment.  With a car called Mildred and a hero who hums spy tunes whilst breaking and entering, the light humour that is sprinkled throughout the book makes for a pleasant read.

It’s not all rainbows and starlight (never is, is it?), although the problems I found were small and insignificant in the grand scheme of things (and, you know, traveling across time and space is pretty grand, ain’t it?).  I was confused by some words until I worked out that they were South African slang (more a statement of my cultural ignorance than anything else, I suppose) but once I worked out what it was, it added a certain degree of authenticity to the dialogue.  Also, every scene is linked with street names and route directions throughout Johannesburg – which for some, perhaps, will help to create a clear image and add some realism but for me, I found stalled the story at awkward moments.  Finally, the chapters all begin talking about ‘him’ and what ‘he’ did and for each chapter, it took me a paragraph or two to work out exactly which ‘he’ that ‘he’ was (it’s a good job that I don’t get my ‘he’s mixed up in real life – my beloved would go bananas).

But do you know what?  For a book with an impressive 121 chapters that kept me up far passed my bedtime on more than one occasion, a few little issues are nothing.  With a great story, loveable characters, and some pretty awesome bonus material, Scandari Saga will have you clicking your heels and sucking your teeth with impatience as you wait for your next instalment.

Review first published on Riley J’s website, along with lots of other reviews, short stories, and general bookish posts.