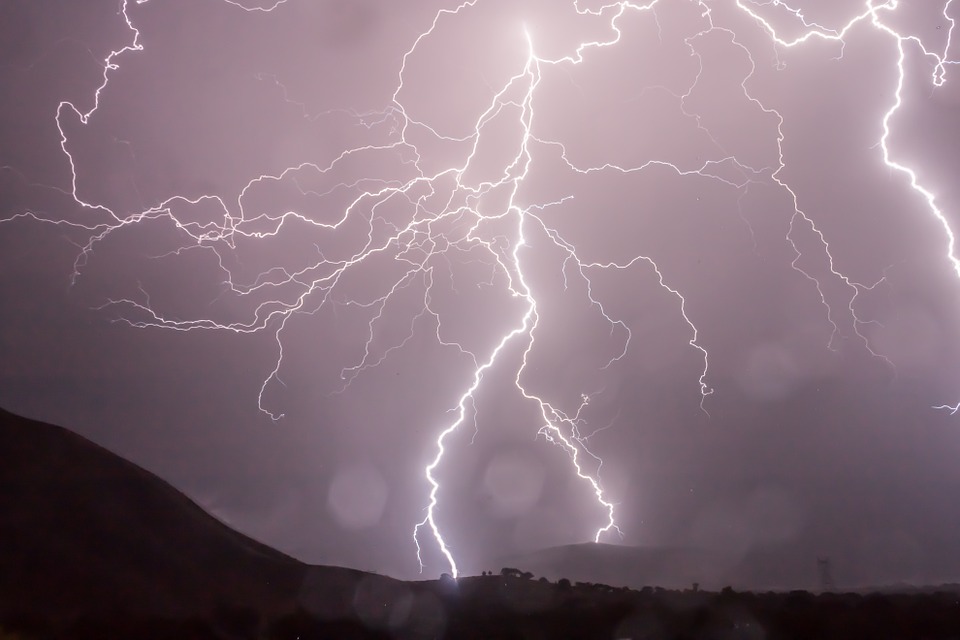 Back in the day, there was a guy named Grunt who went wandering in the wilderness. Everyone assumed that he had gotten lost because he was such a prolific dumbass. When he stumbled back into camp his eyes stared wildly, which disturbed people at first.

Racing to the stream, he drank gallons. His body was bruised and scraped, his pelt tattered. He’d been in several close scrapes, and he was starving for anything to eat. When he’d swallowed the fatty skin scraps tossed down in the dirt for the dogs, he looked around. He wanted to say something about his ordeals, but people weren’t all that receptive. Gaining his courage, Grunt ran to the cave mouth and demanded everybody in there stop screwing and come out to hear him.

Since people generally screwed four times a day it wasn’t such a hassle. Things were by rote anyway, but Grunt’s protestations were annoying nonetheless. They grumbled about crazy Grunt and whispered snide digs out of his earshot.

When enough of the tribe had collected around him Grunt gazed at them purposefully, with his signature wild-man eyes that he’d pilfered from the owls.

“Yeah, what the hell do you want?” People badgered, eager to get back to mindless copulating.

“I have seen something,” said Grunt,and he pointed off to the horizon and up toward the clouds.

That jolted them. Several peered over in that direction, curious. “What?”

“I have seen a vision!” he proclaimed, sounding as sincere as he could muster.

Turns out that when Grunt went wandering the tundra scavenging for anything nutritious, he became very dehydrated and emaciated from lack of sustenance. A raging rainstorm then pounded his head and blurred his vision. Unceasing lightning flashes terrorized him.

Earlier in his same trek Grunt had pondered some philosophical realities. Food was better than no food. Water better than no water. Power was better than childlike powerlessness et cetera. When he suddenly merged all these ideas into one all-encompassing encapsulation he imagined there must be an ultimate good, powerful, awesomeness above all the rest. What would that ultimate awesome powerful thing be?

Lightning strikes provided a partial answer that night. Immense energy and wanton display of force were beyond any kind of human capacity, clearly. Illuminating the night in bursts of terrible wrath, ripping open the sky and hacking it at will, this was something Grunt and everyone else needed to pay attention to. Big time.

When Grunt attempted to pass on this foreboding news to the tribe, he lacked the articulation required, because of course he was a dumbass. What he lacked in erudition he compensated for in commitment, and boy was he committed to explaining the power of the lightning bolts. Magnitudes greater than the tribe and its meager use of fire, shit got real when the sky opened up on a motherfucker, or grunts to that effect.

Feeling his moment slipping rapidly away Grunt remembered a man who had once commanded everyone’s attention.

Stopping in their tracks, the people turned back to face him.

“Whatever happened to George?”

“He could lift up a boulder and drop it on a saber tooth tiger’s head.”

“That guy was strong.”

“Didn’t a Mammoth impale him on a tusk?”

Old timer piped up. “Well, the way I heard it, ole George was into them magical mushrooms and he walked himself right off a cliff.”

“Wait, wait. What about George?”

They all hushed and turned to Grunt for news, but he instead waited smugly for all to quiet.

Grunt pointed up at the clouds. “The lightning. It looked like George. But big! As big as the sky. Lightning bolt George. He could lift the mountain and drop it on all our heads. That’s how powerful he is.”

“That, that, that is powerful.”

“You better believe it, people,” shouted Grunt. “Lightning Bolt George is the most powerful of all!”

The tribe considered Grunt’s story, and they cautiously returned to their hunting and gathering.

“Like a big celebration. And I’ll be there too.”

When George awoke he remembered those momentous instructions. Now it was time to wrangle the tribe too, those ignorant commoners who hadn’t spoken directly with Lightning Bolt George. They had best listen though, if they knew what was good for them.

Grunt painted a fashionable lightning bolt diagonally across his chest, and he touched up his face with a few other smears of the silvery crushed berries.

“Lightning Bolt George has come to me in the night!”

This time the tribe remained curious and respectful as Grunt started his presentation.

Eyes darted around the sky. It wasn’t even rainy.

“Oh, he’s coming all right, as our guest. We must all welcome him with a party!”

Thrown off track, the tribe broke down into chaotic confusion.

One of the skeptics shouted above the others. “Give us a break, Grunt. Your story is so inconsistent I don’t even know where to start, man.”

“Silence!” Grunt shouted him down.

A middle aged woman looked for guidance. “What do we do?”

Grunt jumped up on the central rock. “We dance! Drop a beat, drummer boyz.” He instructed the kids to bang on the hollowed-out log. “That’s a good sound. Gimme a heartbeat. Bump a bump a bump…” More kids grabbed old leg bones and sticks and began to really pound out a danceable tempo.

Pulsing up and down above them all, on the boulder, Grunt started the dance. Already the girls were jumping up and down, and others swayed very near the tipping point.

“We dance for Lightning Bolt George! He wants to tingle our butts and get them hopping. It is his way!”

Within minutes the party had kicked into high gear, louder and more frenetic. Grunt remained flailing up on his boulder as flamboyant as any.

The people reassessed the situation.

“I didn’t know there would be a festival involved.”

“Well, he’s welcome whenever he gets here.”

Grunt boogied his way to the food stocks, and he waved people over. “Let’s munch!”

They danced and ate and drank some fermented berry nectar. Kids pushed in to show off on the drum log. Romance was in the air, and couples retreated back up to the cave for some exciting, aggressive sex, like in younger days.

Meanwhile Grunt had carved a lightning bolt icon into the largest brown gourd bowl, and he placed it atop his boulder.

“Take it down a notch, DJ,” he instructed his rhythm section. “Hey, everyone! This is the offering bowl. It is how you should show your appreciation for Lightning Bolt George and all that he has done for us.”

“He keeps us safe. He watches over us in the storms.”

“He smites and zaps at our enemies with his mighty flashing roars.”

“So give a little back to Lightning Bolt George. Let him know you love him.”

Grunt pointed to the bowl. “Then show it! Let’s see the love, people.”

Grunt was enshrined as George’s intermediary and confidant. Life returned to normal, but the symbol of the lightning bolt featured prominently in the cookware and war paint. These were Lightning Bolt George’s people, and he would never let them down.

Thus mumbojumbology was born, and it has thrived ever since.

J. Giambrone is author of Transfixion, a YA science fiction thriller from Solstice, as well as Hell of a Deal: A Supernatural Satire, and the soon to appear Wrecking Balls, a satirical novel set in the world of stand-up comedians.

He blogs at:
https://jgiambrone.wordpress.com
@joegiambrone

← From My Bookshelf: Featuring Emma Donahue
An Author’s Guide to playing God and Influencing People →