THRILLERS: In the Name of Honor – Richard North Patterson 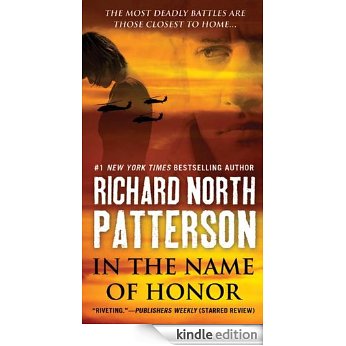 From My Bookshelf by Lynn Willoughby:

In the Name of Honor ~ Richard North Patterson

This is a legal thriller where most of the action takes place in a courtroom. Lt Brian McCarran is on trial for murder and adultery. Both criminal acts in the military.

I’m not usually a fan of courtroom drama, but the military component made this novel interesting. There is a different skew in military trials and sentencing, and the REAL drama here has to do with PTSD. Is it really a mental disorder? Is it grounds for leniency or at the very least, a factor in sentencing?

Because all of the main characters are in the military and have been for generations, we get a flavour of the war in Viet Nam from McCarran’s father. However, it is Brian’s time in Iraq that is the crux of this story – and the trial.
It is a multi-layered plot dealing with suicide, military justice, politics, bureaucracy and dysfunction in the military. War, whether in Viet Nam, Iraq or Afghanistan, training to be lethal in the martial arts and the toll it takes make this hard going at times. We know there is nothing new here – this type of training was also part of WWII (think of the Green Berets), but that does not make it any easier, especially when faced with the fact that “…the US is singularly unsuccessful in dealing with tribal cultures…we invade a country to save them and then are amazed that saved people despise us and fight back.”

The year McCarran spent in Sadr City and what he and his platoon were forced to endure is the stuff of nightmares! The research done by Patterson on PTSD was extensive and very real, especially when those suffering reached out for help and were put on a six month waiting list. Very disturbing! However, I highly recommend it.

← Writer’s Blockage: A Guide To Writing
A Reader’s Experience with Indie →